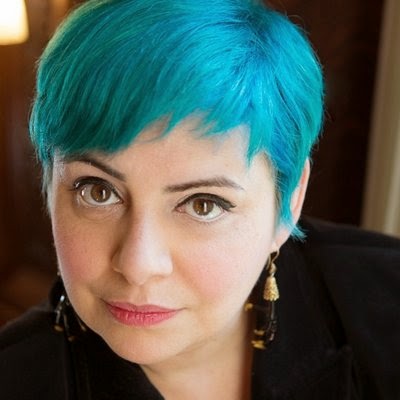 I’m currently reading Holly Black’s, The Darkest Part of The Forest. I love Holly’s work. I have ever since reading my youngest son The Spiderwick Chronicles. Judging by her photo she was ten when she wrote those. So, yes, the love of her work has morphed into a one-sided fangirl infatuation. She makes my heart beat really fast. Oh, Holly Black, stop trying to seduce me with your wonderful writing! No wait. Don’t stop.

One of the many great things about Holly’s work is the fun way she twists fairytales. In The Darkest Part of The Forest, she gender bends Sleeping Beauty. The cursed person in a glass coffin is a prince, but not just any prince, “…a boy with horns on his head and ears as pointy as knives.” A pointy headed prince sleeping in a glass coffin in the woods, while tourist snap pictures and teens drink and twerk around it, I’m so there. I do feel kind of bad for the prince stuck in a glass case, but woman have been putting up with that shit for centuries.

“A princess’s life sucks,” he said. “They always have a curse on them.”

It’s true. Being cursed into a glass coffin is just one of the reasons it sucks to be a princess. There are more. Yep, repost, but an updated version. Here are the top ten reasons I’ve come up with why you never want to wear a tiara or glass slippers.

10. Unreliable transportation: You never know if your coach is going to poof back into a pumpkin, your horses shrink back into mice, one of your flying dragons will turn back into a cold blooded killer, or if your handy hair-ladder will be sliced off.

9. You Attract The Wrong Kind of Attention: When you’re a princess, people want you. Mostly dead or trapped. All you’ve got to entertain yourself as you cower from despots is your lovely singing voice. Unfortunately, you’re not alone. You can’t belt out a song without dwarves, beast, ogres, nosey princes, or furry woodland creatures turning up. Rarely do they have any sense of personal hygiene. You know who’s going to end up cleaning that mess. 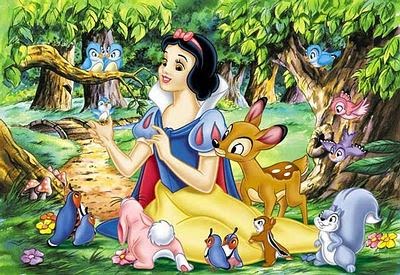 8. No Walk in the Park: When a princess goes for a rejuvenating walk in the woods she has to  be on the lookout for woodsmen with axes, homes with spindles, seductively persuasive frogs, and cursed cakes with the power to anthropomorphize momma bears.
7. Too Much Alone Time: I know some of you might be thinking this goes in the plus column, but I beg to differ. Not only do mice have grating voices, but crabs are crabby, and towers are downright drafty places. Plus there’s usually only one way out of a tower–the window. Do you have any idea how long it takes to grow a ponytail suitable for climbing? Yeah, I thought not.
6. Waiting to be Rescued: Is there anything more boring than waiting for someone to rescue you from a fire breathing dragon? Those are long days, baby. It’s like waiting for your husband to bring home food from McDonalds when the kids are all whiny and complaining. And you just know he’s sitting in the parking lot eating a burger and listening to sports radio. Way more fun to rescue yourself. Warrior princess anyone?
5. Rented Clothes: Sure, the fairy godmother will grant you a cool set of duds, but don’t be mistaken these babies are not yours for the keeping. The moment you think you look hot and the prince is coming in for some action, the clock strikes twelve, and you’re left standing in your ratty old Fruit of the Loom.

4. Don’t Hate Me Because I’m Beautiful: Kelly Lebroc and Pantene aren’t the only ones that need this handy catch phrase. When you’re a saucy princess your cougar of a step-mother wants you dead. Curses, poison, axe murderers, she’s not messing around. She’s got a taste for younger men, and she’s not putting up with them coveting your hot ass.
3. Fruit is The Enemy: We’ve all had the craving for a nice juicy apple now and again, but when you’re a princess these health conscious tendencies could mean your death. Hint, if you’re a princess and really need to try a piece of fruit, take small, delicate bites.
2. Men On White Stallions: Men on white stallions have an overblown sense of ego. There is a reason Beast was turned into well, a beast. He was kind of an ass. And what about Prince Hans from Frozen? That dude was messed up. Trust me on this girls, go for the guy walking with the donkey. Go for Shrek. He might be gross, but he’s reliable.
1. There’s Always A Curse On You: If it isn’t that you’re turned into a swan or an ogre at night, you’re trapped in a tower, shooting frost from your fingertips, passed out from pricking your finger on a spindle, or sleeping with dwarves. Sheesh.