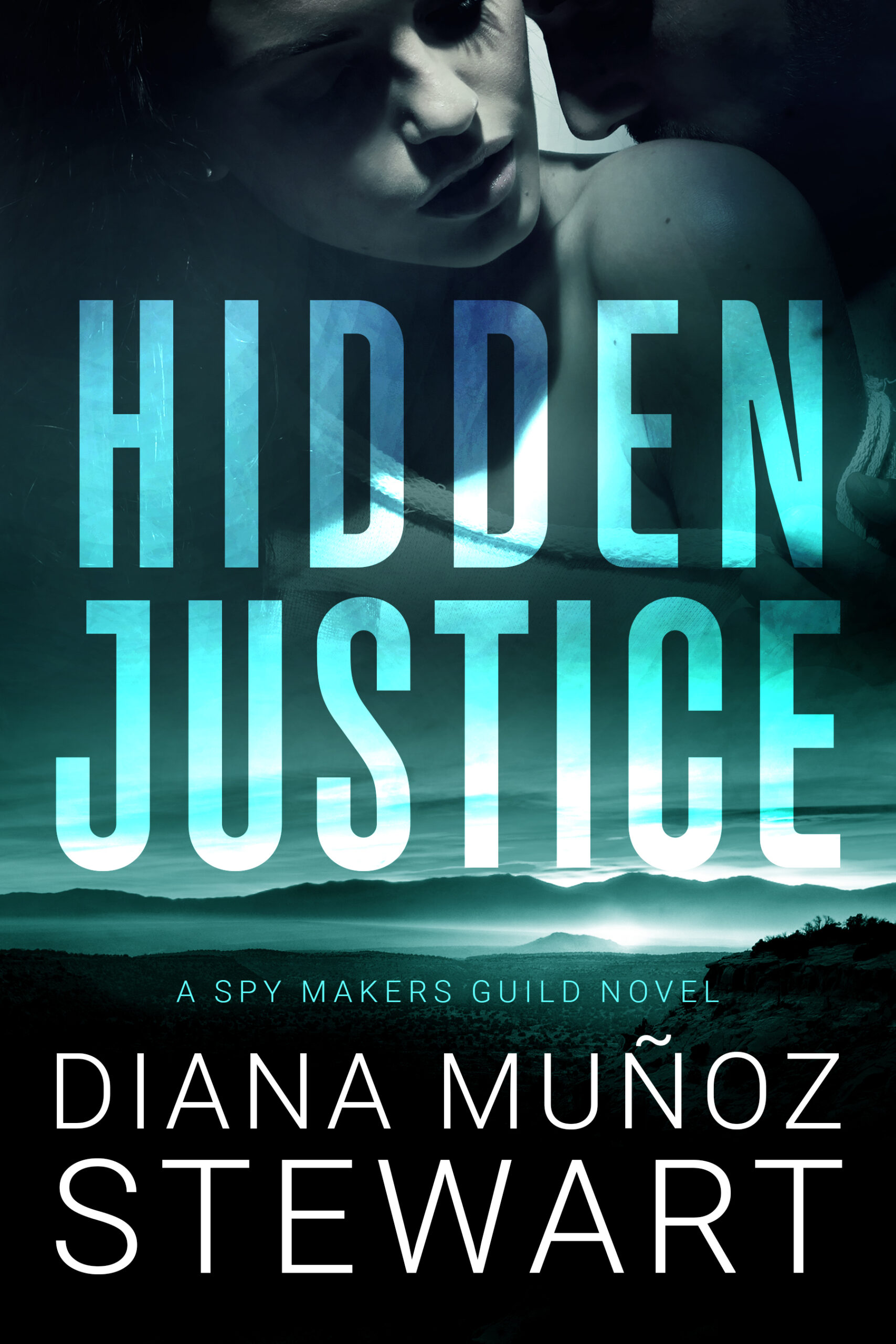 Saved from a barbaric childhood and adopted into a wealthy, loving family of international spies, Justice Parish trained her whole life to rescue others. And to get revenge. But when her mission to take down the traffickers that killed her sister hits a snag, she needs a new cover. One that will allow her to use her skills as an assassin while escaping notice in the Middle East. Unfortunately, her best solution jeopardizes a good man. A man she can’t help but admire…in more ways than one

After a loss too big to bear, Sandesh Ross left Special forces and dedicated his life to founding a humanitarian group in the Middle East. Helping others isn’t cheap, so when the wealthy and smoldering Justice Parish offers to fund his charity––as long as she’s in charge of PR––he barely hesitates. What he doesn’t know about his sexy, new benefactor could save his company while endangering not only his heart but his life.

“Muñoz Stewart gives us a high-octane adventure with her new series.” BookList

“An intriguing premise, a cast of strong characters unwilling to back down and black-hearted, deserve-to-die villains make [Hidden] Justice a winning start to an exciting new series.” BookPage TOP PICK

“In this gritty launch of the romantic suspense series, Stewart plays adeptly with the reader’s emotions.” Publishers Weekly

“Sizzling with sensuality and protagonists we care about, it’s a promising beginning to an exciting new series.” Washington Independent Review of Books

“Justice is just awesome, there are no other words to describe her. I was completely taken in by the story and could not stop reading. Diana Munoz Stewart has made her mark and I can’t wait to read the next book in the series.” – Night Owl Reviews TOP PICK

Apparently, camo doesn’t make me invisible to thorns. Yanking free of another grabby claw in the brush-choked woods, I squat by the tree line and pull down my night vision goggles. A green tinged version of the so-called massage parlor—a battered, white-shingled two-story––whirs into focus. The bleak home turned bleaker business sits on the poorest edge of a rural Pennsylvania town.

Rural as hell. Perfect for bad guys. No local police force. People here rely on staties. That is, if they decide it’s worth their time to call the state police.

A flick of the button on the side of my NVGs, sets up automatic photos. I hear the click as I scan the gravel-and-stone backyard, the rusty coated propane tank propped on wooden legs––like a mini-submarine dry-docked after fifty years at sea––and the unlit outline of a steel back door.

Given the choice, any decent person would steer clear. Guess that makes me indecent. I want inside. Call it a childhood dream, making good on a vow. Call it redemption, making it up to Hope. Call it revenge, making them pay for Hope’s death.

Grrr. Just what I need. Momma’s oft-heard mantra popping up like a jack-in-the-box to wave a scolding, white-gloved finger at me.

Got it, Momma. I’m doing recon. That woman would double-check NASA’s calculations. And she has the degrees to do it.

I zoom in on the back door as my breath wafts across my glasses like a green fog. No exterior handle. We’ll have to pop it. I scan up. My auto-shutter snaps photos of barred and blackened windows. I scan over to a rickety fire escape leading to a metal-gated door secured with thick, elephant-proof chains.

These guys aren’t taking any chances. Probably because they have no security cameras. See no evil or at least, record no evil.

I unclench my grinding jaw. Not long now. After two years of planning, the mission as dear to me as my own heartbeat—breaking up the human trafficking ring this home is part of—is only a few weeks away.

My earpiece clicks, and my brother’s voice whispers into my ear. “Justice, youse…uh, you in position yet?”

Tony. He works so hard to weed out his South Philly. I like his accent. But being adopted into my big, diverse family has shown me people can have some weird issues.

“Aw, Tone, can’t spot me? Is it my expert camouflage or that stealth gene you’re missing?”

“It’s in my blood. Only thing in your blood, paisano, is cement shoes and boosting cars.”

Laughter feathers through my headphones. “Just get the pic—”

Bam. I startle as the back door crashes open. A dark-haired teen, maybe fifteen, sprints out. I watch her run, all gangly arms and desperate action. She’s wearing a too-loose bustier and a thong as inconsequential as her chest.

Another bang of the door and a man breaks out after her. He hauls back with a belt thick enough to double as a swing. Fuck. “Tony.”

“No. Think larger mission here. Not one girl. All of ’em.”

The heavy slap of leather across delicate flesh ricochets like a gunshot.

Soundless, the girl keeps running, toward the woods, toward me.

Adrenaline floods my body. The scene slows down, giving me time to absorb every detail. The girl’s wide and frantic eyes. The man reaching for her, so close to grabbing her.

I can’t just sit here—ass on haunches—and do nothing. As ineffective as government raids that take months to organize and end with not one conviction of a principle. Not one.

This is what The Guild does. It doesn’t stand back. It stops the shit that other people let happen. It’s what I should do. It’s what Hope did for me.

Every nerve in my body begs me to act. But I keep absolutely still. Movement attracts attention. Stillness goes unnoticed.

The man grabs the teen by the hair and yanks her back.

I should. I know I should, even as I stand and raise my weapon. Because I’m a good shot, the best, I also know I won’t miss.