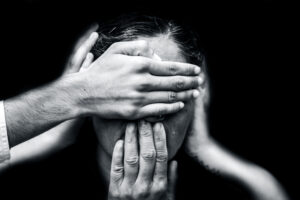 On today’s blog, I’m honored to be able to repost with permission from Shared Hope International, Child Victims of Sex-Trafficking Receive Mixed Messages: If We Aren’t ‘Aggressors’ Then Why are We Arrested?

Too often in the United States victims of sex-trafficking, women who are beaten, coerced, and tricked into the life are treated as the criminals, while the people who trick and coerce, drug and mistreat them are not arrested or prosecuted.  And this mistreatment doesn’t stop with adults. Child victims of sex-trafficking also face this injustice. The incredibly powerful article below explains the situation. I hope that after you read it, you choose to help support Shared Hope International. If you’ve ever visited the Activist page on my website, you know a bit about Shared Hope International. But their main work is to, “prevent the conditions that foster sex trafficking, restore victims of sex slavery, and bring justice to vulnerable women and children.”

Thanks for stopping by today and for caring.

Child Victims of Sex Trafficking Receive Mixed Messages: If We Aren’t ‘Aggressors’ Then Why are We Arrested?

In February, Kansas Judge Michael Gibbens came under fire in national news for claiming that two girls, ages 13 and 14, acted as “aggressors” in a situation of exploitation in which a 67-year-old male, Eugene Soden, paid them to have sex. While public reaction to Gibbens ruling was appropriately harsh, the reality is that his decision is reflective of a much larger societal and legal paradox.

Informing his ruling, Gibbens made multiple statements that less harm was done to the girls because he felt they had acted “voluntarily” and were paid. In speaking of the 13-year-old, Gibbens questioned:

“So, she’s uncomfortable for something that she voluntarily went to, voluntarily took her top off for, and was paid for?”

“I wonder, what kind of trauma there really was to this victim under those peculiar circumstances?”

As a society, we must ask, why did money sanitize what, in any other circumstance, would be considered child rape? And more concerning, how did the exchange of money shift the narrative so dramatically so as to characterize children as aggressors in the crime of which they were victims?

The answers lie in the paradox in which victims of child sex trafficking are legally apprehended and consequently, socially stigmatized.  Twenty-five states, including Kansas, still allow commercially sexually exploited minors to be charged and prosecuted for prostitution and human trafficking offenses despite federal and state laws that recognize these same minors as victims of child sex trafficking. This paradox still exists despite an increase in awareness, and specific laws to protect children from such offenses over the last couple of decades.

As recently as 2018, Shared Hope International scored Kansas an “A” for having strong laws to address child sex trafficking. Yet, even within a state that has received an “A” rating, more than 79 minor human trafficking victims between 2013 and 2018 were detained in a juvenile detention center, sentenced to an average of 33 days. Criminalizing youth who have experienced the horrors of commercial sexual exploitation, and oftentimes survived traumatic experiences that predate the exploitation, is not only the gravest of injustices but also prevents survivors from receiving critical services and ongoing, specialized care.

Laws, and the manner in which they are applied, should reflect a community’s attitudes and beliefs.

The law in Kansas fixes the age of consent at 16 in apparent recognition that sexual contact between an adult and a minor is not consensual. Despite this long-standing law and an increased understanding of the damaging effects of sexual violence, victim-blaming toward sex trafficking survivors remains. Gibbens’ comments towards the children in this case, reflect a culture that seeks to diminish or justify the harm of buyers and abusers by placing responsibility within the victims. The reactions of citizens, in which nearly half of the comments on social media placed blame on the minors and used terms such as “delinquent,” “out of control,” “promiscuous,” “prostitute,” and “choice” illuminate the reality of this disconnect. Illustrating this further, in response to Gibbens’ ruling, Kansas Attorney General Derek Schmidt proposed a new law that would prevent judges from reducing sentences for adult sex offenders because a child was labeled the “aggressor.” Kansas lawmakers rejected the bill.

Thus, amidst anti-trafficking awareness campaigns and fancy fundraisers, as Kansans we must ask ourselves: How do we really view individuals who have been victimized by and survived human trafficking? If we truly care, how do we shift our culture to recognize all survivors of sexual violence, including child sex trafficking, as unequivocally blameless in the conduct that constitutes their very victimization? How do we ensure that individuals victimized are afforded services, protection, and responses free of judgement and injustice, while simultaneously developing modes of accountability for offenders?

We must put an end to the paradigms, practices, and policies that allow survivors to be criminalized for surviving their victimization while perpetrators get a pass. Instead, we must believe the experiences of child victims of commercial sexual exploitation, and hold forth the truth of their innocence.  We must protect survivors and provide access to holistic services. We must demand justice.

Linda Smith served as state legislator and Member of Congress from Washington (1983-1998). She founded Shared Hope in 1998.

Dr. Karen Countryman-Roswurm is the Founding Executive Director of the Center for Combating Human Trafficking (CCHT) as well as an Associate Professor in the School of Social Work at Wichita State University. Grounded in her own life experiences of overcoming streets and systems, Dr. Roswurm has over two decades of personal, professional practice, and community-based research expertise in the Anti-Trafficking Movement.

The first resignation letter I’ve seen, and blunt as hell. May others find their courage in his words. https://www.washingtonpost.com/opinions/2020/06/02/secretary-esper-you-violated-your-oath-aiding-trumps-photo-op-thats-why-im-resigning/

My sister put together a list of a few black businesses that we can replace some of our everyday brands with. This is essential if we want change. Let’s not talk about it anymore let’s be about it! A THREAD: