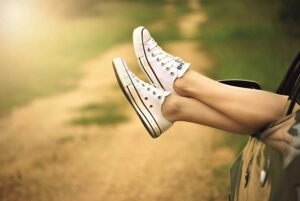 Let’s take a break from some of the serious and disturbing news we hear about women these days, and focus on some bright spots. Believe it or not there is news for women that isn’t sh***y. If you’re feeling doubtful about that idea, this article is definitely for you. There is good news! Below are just a few of the wonderful things taking place in our glorious world every day. Women are overcoming odds to start their own charities that help other women. They are starting rap groups with three generations of women. They are empowering women to create financial success. And it’s not just women helping women. There is a group of men working to overcome toxic masculinity from behind bars. See, I told you there was good news! 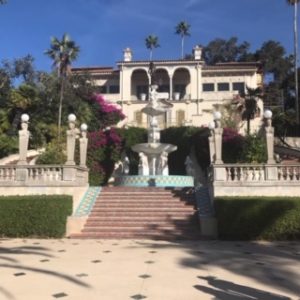 Good news about money! There’s an old trope about women spending money with no regard for the consequences. Today’s women are taking their financial futures as seriously as that old trope assumed they did shopping. And one of the ways that women are becoming empowered is by other women. Yep, Ellevest was designed for women by women. Their slogan is, “invest like a woman.” You might be asking yourself why investing has to have a gender. But like most things in our society, investing was formulated by men for men. When women came along, this investing failed to consider the pay gap. Ellevest notes, “Gender neutral investing fails women. Because of the gender pay gap, she’ll have about 320,000 less when she retires at 67. So her money could last 6 years less than his, even though she’s likely to live 3 to 5 years longer.” The good news is that this is becoming relevant for women, and the rise in women’s ability to invest means that more companies like this one are going to begin offering services geared for women. 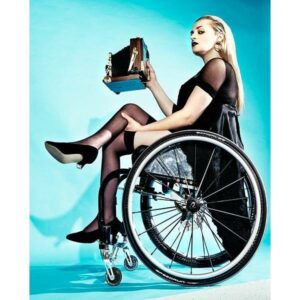 Good news for women about progress! Ali Stroker became the first wheelchair user, who also happens to be a woman, to win a Tony award. According to the NYTimes article, Ali Stroker Makes History as First Wheelchair User to Win a Tony, by Maya Salam, “This award is for every kid who is watching tonight who has a disability, who has a limitation or a challenge, who has been waiting to see themselves represented in this arena — you are,” Ms. Stroker said while accepting her statuette for her role as Ado .”  Ali Stroker has been paralyzed since she was two years old, but that hasn’t stopped her from going after her dreams. She swims, surfs, hold a speed record in wheelchair racing, and now has a Tony. Congratulations, Ali Stroker!!

Good news for the resilient spirit! It’s estimated the 200,000 women are trafficked annually in the U.S.  Many are women and children born here, but a large percentage comes from China, Mexico, and Russia. Rarely do you hear the story of a woman who not only survives sex-trafficking, but who then goes on to help other survives.  Shandra Woworuntu did just that. After being trafficked, tricked, abused, freed, and homeless, she was able to create something worthwhile from her pain. After helping the FBI to find and take down the group that had trafficked her, she was given permission to stay in the States and start a new life. The video below describes her journey. It is tough to watch, but worth it as Wowuruntu herself is a fascinating presence. And the end result of her tragic story is Mentari, a service that mentors and empowers human trafficking victims. This service helps shelter and train survivors. According to this article in Huffpost, “93 Percent of Human Trafficking Survivors in Mentari’s Culinary Classes Successfully Find Employment.”People like Woworuntu show us all the resiliency of the human spirit. She is a wonder to behold.

Good news in the Women’s World Cup! Recently, I wrote an article about women taking big risks to promote equal pay in soccer.Female soccer players have been fighting for equal pay, waging a battle off the field while simultaneously fighting opponents on the field. This global fight has shown us what a few good women can do–as they are definitely winning hearts and minds. In fact, women’s soccer in the U.S. is as popular and has as many devoted fans as men’s soccer. The Women’s U.S. National Team broke a record held by Germany by beating Thailand 13-0. And that’s not all, they are now financial winners as well. According to the WSJ, “Women’s US Soccer Games Outearned Men’s Games.” This is a big deal as these women fight for equal pay, because one of the big arguments against paying women more money is that the team doesn’t bring in as much money as the men. 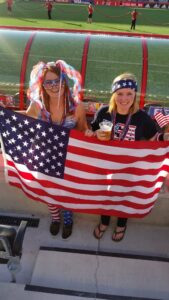 Good news for dismantling toxic masculinity! Men and women have both been victims of toxic masculinity. But now there is a movement among men to help dismantle the destruction of toxic masculinity, and it’s started in a place where the men have experienced some of the harshest realities of this mindset–in prison. According to the WMW article, Meet the men who are dismantling toxic masculinity from behind bars, these men were having conversations before #metoo that were “…applicable in every way to the national conversation we’ve been having about masculinity. What are boys taught about what it means to “be a man”? How do we as individuals and as a society reward and celebrate the objectification of women? How has that become a way to prove one’s manhood? How does that contribute to rape culture? These guys were asking each other these questions [in Success Stories] and, with the help of feminist authors like bell hooks, connecting the dots between patriarchal entitlement, abuse of power, and violence—sexual and otherwise.” If you’d like to learn more about these men and their work, check out this CNN documentary The Feminist on Cellblock Y.

Good news for the creative spirit! After Columbia emerged from a five decade long war, things didn’t automatically get better. In fact, gang wars and violence became commonplace in the city of Medillîn.  But one family decided to try and create some good through their talented gene pool. They organized a rap group. This is such a heartwarming story. Even if you don’t speak Spanish, you can see from the positive images in this video the tone of this family’s music. One woman, a mother of seven, Flor Yepes Ramîrez, raps alongside her daughter and nieces.  According to the Women’s Media Center article, Three generations of Colombian women rap to transform Medellîn, “I wasn’t just a mom anymore,” says the Mommy Rapper. “I was a mother who did things, who tried to help the kids reflect and gain strength. I was trying to change their minds about what a mom is or what rap is.” This method might seem a bit unorthodox, but it has gained attention and a large following. So take that negative news!

And there is more good news from me. I finished the prequel to my Black Ops Confidential series and will be giving this wonderful novella to all of you in the next few weeks! I asked for helping naming this novel. 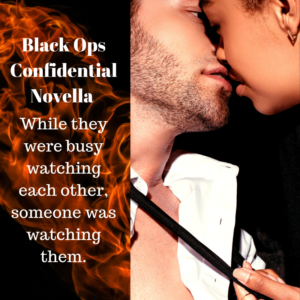 Telling people on my Facebook page to think: Undercover nun. Sexy informant. Unbridled passion. Terrifying danger. Some of the suggestions were: Hard Habit to Break, Hidden Dangers, Dangerous Desires, Passion, Lies, Spies and a NUN, Covert Convent, The Devil You Know, and Undercover Nun. All of these were so creative and funny. I’ll let you know what I go with when the novella is released. Soon! Thanks for all of your help and support. You can preview the first chapter for free here. If you have any of your own good news to share, please do so in the comments! 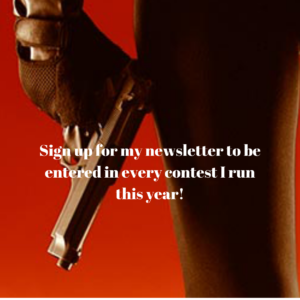 US Postal Service on-time delivery times for First-Class Mail have dropped again — now nearly as bad as the worst period this summer. If you are voting absentee and haven’t returned your ballot, experts say drop it off in person. Do not rely on #USPS delivery at this point.

So excited to read this novella!