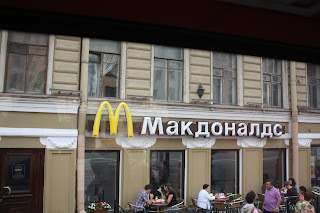 The first thing you notice when you get off of your cruise ship in St. Petersburg, Russia isn’t the weird ass spelling of McDonalds, it’s the unsmiling people in uniform. One of these custom’s agents will take your passport, grasping it by the edges to keep any seedy foreign germs from his alabaster skin, and slowly, SLOWLY, begin to stare at it. What’s he seeing? I’m not sure, but he’s seeing it for a long time. Just when you start thinking the twenty-something Russian guard with the hard eyes and thin, slit of a mouth is fucking with you, he hands it back and waves you through. He will not talk to you so don’t ask him what time it is. If you do, he will give you a stare down that says, better than any words in any language, that he wishes the days of stern communist punishment still applied to overstepping foreigners.

Get comfortable with this look, Russians make not smiling an art form. 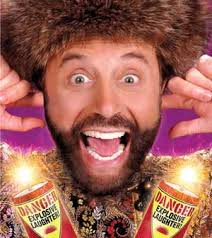 Not only do you have to run a gauntlet to get into St. Pete’s, but once you do, if you don’t have a visa, you need to be accompanied by a “guide.” Our guide–foregoing the From Russia with Love style of plain poison tipped shoes–did the whole day in super stylish high heels. She fascinated me, especially when she spoke in her cute accent about the incredible Hermitage Museum. The kids, however, were bored and hated the strict Russian rules. It seemed like a lot of people were telling them to do or not to do something–don’t go here, sit here, don’t stand here, take pictures here. They got so annoyed, they started playing off the Russian comedian Yakov Smirnoff, who I had no idea they knew, quoting jokes like, “In Soviet Russia you don’t watch tv, tv watches you” or “In American you have ice-cream, in Soviet Russia you have ice and screams.” Yeah, stupid, but like with all good comedy it’s about timing.

FYI the sites in St. Pete’s are worth the customs gauntlet. According to our guide if you spent one minute admiring each artwork in the Hermitage, it would take you eleven years to see everything. I’m not that patient. We took about two hours. How did the Hermitage get so much artwork? Many pieces were “appropriated” when communism started. The government basically walked into private collections and said, “This is now property of The People.” Ouch.

The second day in St. Pete’s we went on a tour called, “Life through the Eyes of the Russian People.” Basically, this consisted of our guide shoving us into a mall and telling us we had twenty minutes to shop. What!? We hustled around to wary merchants–who didn’t take bank or credit cards then sprinted to ATM’s that only appeared in Russian– even when I picked English! Trust me, I tried it four times. So, that pretty much ate up all the time at the mall. From there we were dumped at a farmers’ market, that took Euros, and told we had ten minutes! Are you kidding me?

I had been stuck on a ship for over a week at this point, I was craving fresh fruit, so I rallied myself. “This is it,” I told the kids, “No indecision, no messing around. We are getting ourselves fruit.” When our time was up, we had six bags of fruit, and I have no idea how much I paid for it, but the fruit was damn good. After this successful shopping blitz we were ushered into the subway—where we were forbidden to take pictures (see picture above). We were permitted to ride for four stops. After we were immediately directed back into the bus—it had pulled ahead to wait for us! Not much time for sight-seeing when you’re sight-seeing.
Okay, at this point I’m thinking this is ridiculous. I mean what did they expect us tourists to spot? Was there a small corner of St. Petersburg that actually contained citizens who smiled? Were they afraid that if they let us wander on our own, we’d discover some hidden secret and the whole of St. Petersburg would begin to unravel, like a Matryoshka doll getting smaller and smaller until there was nothing left but a miniature Gorbachev?
The Russians have a way to keep you from complaining. It’s called 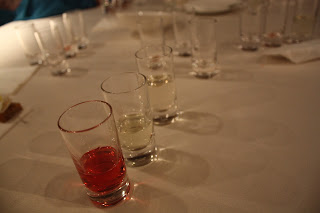 After the “tour” of St. Petersburg, we were taken to a dark, indistinct room with tables draped in white tablecloths. On the tables were pretzels, pickles, and three different shots of vodka—clear, yellowish, and red in color. The vodka, or so we were told, was made by dirty Russians in the basement of their homes, using old wool socks from dead communists. No, actually we weren’t told that. We were told that it was very strong and made by local Russians. So I had a few shots and egged on by those with me, I might have taken more. That’s when things get blurry.

I loved Russia after that. I remember thinking that all the Russians were the most friendly, entertaining, and freedom loving people in the world! I stumbled onto the faithful tourist bus that drove us giddily back through St. Petersburg, and went back through customs loving the custom’s agent who okayed me onto the dock and my ship. She was a great gal. The lesson kids: if you’re going to visit Russia, start with the vodka.